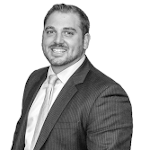 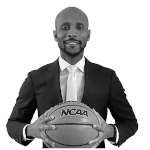 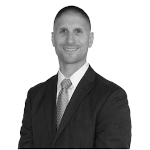 Prior to becoming a Founding Partner of Elefterakis, Elefterakis & Panek Law he was he was admitted to the New York State Bar and subsequently practiced before the United States District Court for the Southern and Eastern Districts of New York. He prides himself on his passion for legal knowledge and most importantly, his ability to truly understand the concerns and needs of each client he represents and has appeared on several national news media outlets, such as CNN with Anderson Cooper. He has applied his knowledge and acumen for law to aggressively negotiate and receive the maximum compensation for clients. John is also a member of the New York State Trial Lawyers Association and Columbian Lawyers Association.

Philanthropically, John gives back to the community with his brother and fellow FFA Sports executive, Nicholas Elefterakis, by founding and sponsoring EEP Youth Baseball, a traveling grassroots sports team for inner-city youth. They have won numerous championships competing in the USABL and USSSA Youth Leagues. His passion and dedication for the youth and his family is what separate the Elefterakis brothers in the industry.

Born and raised in Brooklyn, NY, John received his Bachelor of Arts degree from Haverford College where he was a four-year letter winner in basketball. John went on to receive his Juris Doctor degree from Yeshiva University Benjamin N. Cardozo School of Law. Prior to Haverford, John played high school basketball at the prestigious Poly Prep Country Day School where he starred alongside New York Knicks Center, Joakim Noah. John and his wife Kirsten reside in Staten Island, NY with their daughter Charlotte and three sons John V, Peter and Matthew.

Rob Brown knows personally what it takes to transform natural talent, perseverance and passion into a successful career. At age 16, he made his acting debut in the feature film, Finding Forester, where he starred alongside Sean Connery, Anna Paquin, F. Murray Abraham and Busta Rhymes. Now a seasoned veteran, Rob has thrived in the entertainment industry for over 20 years. He is known for his roles in feature films Coach Carter, Take the Lead, and The Express: The Ernie Davis Story. He is also credited with over 100 episodes of television including HBO’s Treme, USA’s Shooter, and NBC’s Blindspot.

Through the intensive Prep for Prep program, Rob earned an academic scholarship to attend Poly Prep Country Day School, an elite prep school in Brooklyn, NY. Rob started out playing basketball (where he played with John) and football (where he played with Kelvin) at Poly Prep but decided to focus his energy on the latter, helping to secure its national ranking by his senior year. He attended Amherst College (again with Kelvin) and graduated with a bachelor’s degree in Psychology, all while playing receiver on the varsity football team and continuing to build his acting career. Rob grew up in New York City’s system as a ward of the state, changing homes more often than most, but mostly grew up in Fort Greene, Brooklyn. Home is very important to Rob, and he owns and manages a multi million dollar rental property portfolio. He is also still active in the entertainment industry.

Rob spends significant time in New York City and now resides in Los Angeles, CA with his wife and son. Rob and his family are active in their local community and recently sponsored a transitional tiny home for the homeless in their son’s name.

Our golf division is led by PGA Golf Professional Caleb D. Blodgett. Caleb joined the FFA Family after serving in leadership roles for over 20 seasons in the golf industry. As Director of Golf, he spearheaded the revitalization of the golf departments at Richmond County C.C. in NYC, NY and Wampanoag Country Club, a Donald Ross designed course in West Hartford, CT. Caleb served as Assistant Golf Professional at nationally recognized facilities including: Woodway Country Club in Darien, CT, Calusa Pines Golf Club in Naples, FL and Indian Creek Country Club in North Miami Beach, FL. Under Caleb’s leadership his staff has produced exceptional events designed to exceed the expectations of members and guests. He earned Class A membership with the PGA Of America in 2009.

Caleb was born in Cuba, IL and is a passionate fan of Chicago sports teams. One of his greatest sports moments was attending game seven of the 2016 World Series with his brother, where the Chicago Cubs won their first Championship in 108 years. He received a B.A. in History from Western Illinois University. At Western Illinois he was a member of the varsity baseball team (playing shortstop and also seeing time as a closer). Caleb his wife Catherine, son Griffin and their Bernese mountain dog, Dawson reside in Maplewood, NJ. Caleb and his family spend time each year raising money to help low income familes near his hometown have greater access to education so they have the skills to reach their dreams and goals.

As a Native New Yorker and an active figure in the basketball world since his introduction to the game as a 10 year old, Kevin Draughon II brings an exceptional blend of experience and success to FFA Sports Management.With new relationships budding internationally as well as very close ties to several NBA clubs, league employees, coaches, current/former players, trainers and more, Kevin boasts a network of basketball resources that provides opportunity and knowledge to our clients and their families.

Outside of the sports world, Kevin has also served in numerous financial based roles, including but not limited to fixed income settlements, senior secured loan servicing, and more. His unique exposure to the finance sector has served throughout the years as an asset in teaching his peers as well as the next generation the importance of financial literacy. In addition to his finance experience, Kevin has also served as a creative director for up and coming company NumberedNYC, a clothing brand designed to bring awareness to many of the issues we face in society. Other past consultant roles include stops at youth organizations, startup businesses and more. With ties to sports, the business world, and beyond, Kevin provides an uncanny combination of knowledge, creativity, and resources which provide the perfect blend for creating top notch opportunities for our clients while keeping them on the path to a healthy, fulfilling lifestyle during and after their playing careers.

Philanthropically, Kevin has served as a mentor for children throughout numerous programs like KYDA Inc, a sports organization that provides instruction, training, and life advice for inner-city at-risk youth. As an alumni of the program, Kevin takes great pride in helping the next generation. Kevin also serves as a free financial coach for people of all ages in his neighborhood back home in New York.

Born in New York, NY and raised in the Bronx, Kevin received his Bachelor of Science degree with a concentration in Business Management from Saint Peter’s University in Jersey City, NJ, where he joined the Men’s Basketball team as a walk on after transferring from Clarkson University. Prior to his college experience, Kevin played at Trevor Day School in New York, NY, rising as one of the top players in New York as a senior, earning All City and All State Honors across many publications. His 22-5 senior season resulted in a State Championship runner up position after falling to Poly Prep, which featured founding partner John Elefterakis, as well as former New York Knicks center Joakim Noah.

He is the co-founder and co-owner of Coker Properties and Coker Investments MN, which specializes in residential real estate investments in Minnesota. He currently has a multi-million dollar real estate rental portfolio consisting of single family homes, duplexes and condominiums throughout the twin cities. Prior to diving into real estate, Kelvin began his career as an Investment Banker at UBS Investment Bank and Siebert Brandford Shank in New York City. He worked in the public finance department as an analyst and associate where he provided investment banking solutions to various municipalities.

Philanthropically, Kelvin volunteers time at his extended family-owned Lynch Basketball Camps in Minnesota. For the last 5 summers, Kelvin has provided a fun and energetic atmosphere for children between the ages of 5-12 where he values the benefit of Sports and Recreation.

Born in Manhattan, NY, with deep family roots in Harlem, NY, Kelvin received his Bachelor of Arts degree from Amherst College. He began his collegiate career in football at the University of Rochester before transferring to Amherst his sophomore year where he was a 3 year letter winner. Kelvin splits time between Minneapolis, MN and New York, NY.

Clifton is co-founder and co-owner of Coker Properties and holds over 10 years experience in healthcare sales.

Born and raised in Manhattan, NY, Cliff received his Bachelor of Arts degree from the University of Richmond where he was an All-Conference Division 1 Football player for the Spiders. Prior to Richmond, he captained his wrestling team and played football, alongside his brother and FFA Sports partner, Kelvin Coker for the nationally ranked Poly Prep Country Day School located in Brooklyn. He is also a member of the prestigious New York Athletic Club. Cliff now splits his time between New York City, Minneapolis and Kansas City.

Born and raised in Staten Island, New York. He attended St. Joseph by the Sea High School where he led the basketball team. He earned a full athletic scholarship to Molloy College in Long Island and was named Academic All-American his senior year and still tops the records books. Paul Earned his B.S. in Accounting, graduating with honors.

Shortly after graduating college, Paul obtained his CPA license and has worked for companies such as Ernst & Young, JP Morgan, Financial Regulatory Authority and now Elefterakis, Elefterakis & Panek. Paul is the Chief Operating Officer of the law firm and FFA Sports, overseeing all the operations and financials.

Paul is the son of a fireman, one of five children and part of a very close-knit family. He and his wife, Monique, have two boys who love sports. Their passion for basketball was their introduction to the Elefterakis family and that is what brought Paul to the law firm.

Since coaching the boys together, John and Paul have established a close bond that is carried through the law firm and FFA Sports.